Written by Erin Gouveia
Updated over a week ago

So often, you are waiting on someone else to do something before you can get started on your task.

You end up sending daily check-in emails to keep updated on their progress.

Or worse, you assume they will tell you when they're done only to find out they already finished a week ago.

Hive "Dependencies" feature solve this problem. Dependencies is a feature that must be enabled by your workspace admin. To enable dependencies, 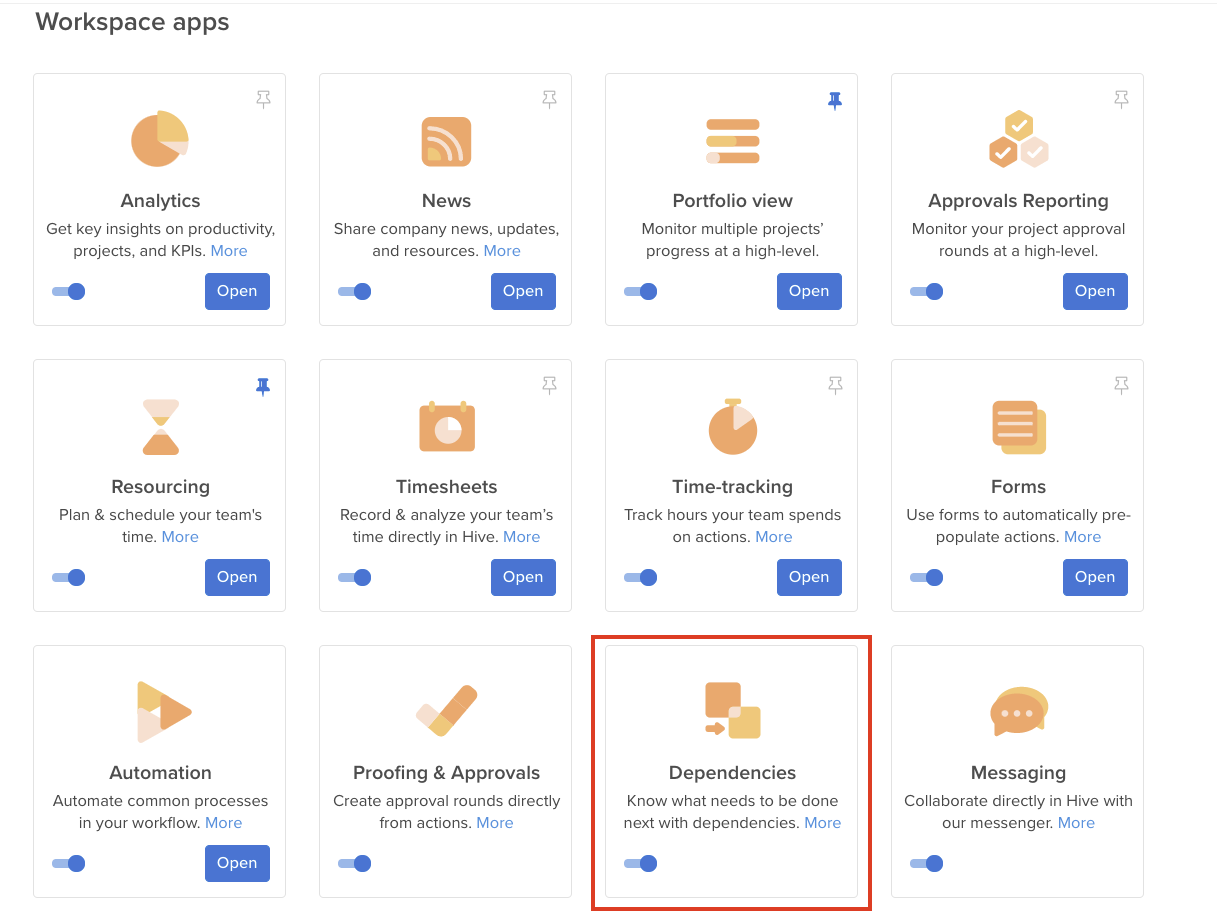 In order for dependencies to affect the scheduling of action cards, you will also need to turn on Gantt auto-scheduling in workspace settings. If this is turned off, you will still be able to create dependencies between actions, but these will be purely visual links and will not trigger date changes.

To turn on auto-scheduling go to Your Profile dropdown > Your workspace > Settings. 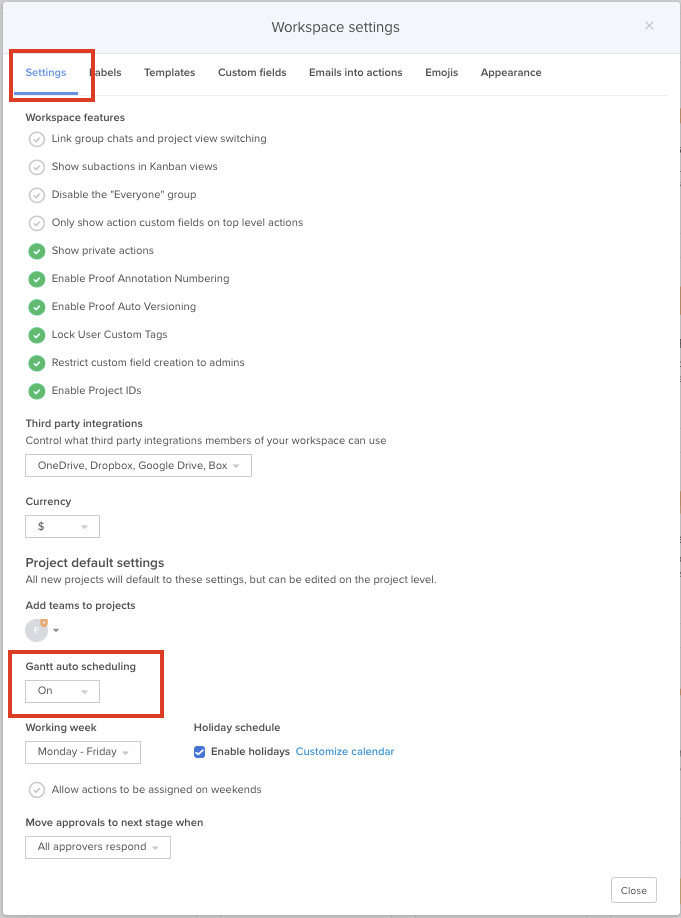 There are two ways to add a dependency.

1) Adding it to an action card

2) Connecting on a Gantt Chart

Pro-tip: All four combinations of dependencies can be supported on Hive. The order in which the 'dots' are selected and dragged determines the type of dependency created.

You can manage exactly how you want the dependencies to perform by choosing either 'Off', 'On', or 'Strict' or dependency relationships for a project on the 'Auto scheduling' settings page under the 'More' menu.

'Off': Duration and date changes to dependency and predecessor actions will not adjust other actions in the project.

Additionally, if a predecessor action is completed in a shorter duration than planned, the dependent actions will not move forward automatically to account for the shorter duration adjustment.

'Strict': Strict scheduling (or 'ASAP' scheduling) means that all actions move together, no matter which direction they are moving. This is also where you can set strict lag or gap time.  If a predecessor action is completed in a shorter duration than planned, the dependent actions will move forward automatically to account for the shorter duration adjustment.

Create the dependencies as normal. To create lag time, either click on the dependency link itself or write the advanced predecessor in the 'Predecessor' column. Now when one action moves forward or backward in time, they will all move together.

Pro-tip: when updating auto-scheduling settings, an update to the project is needed in order for the updated setting to apply.

Additionally, the predecessor column in Gantt is also where you can write advanced dependency functions (FS, FF, SS, SF + "Xd"). Use the formulate to add days of "lag" to the previous dependency. Like, "1.1FS+2d".

To see what dependencies an action has, click to open the action. Dependencies (if any) will appear above the comments showing the relationship relative to that action.. Clicking on the dependent actions will open them up.

If the dependency is yellow, it means the action is unstarted. If it is green, then it has been completed. 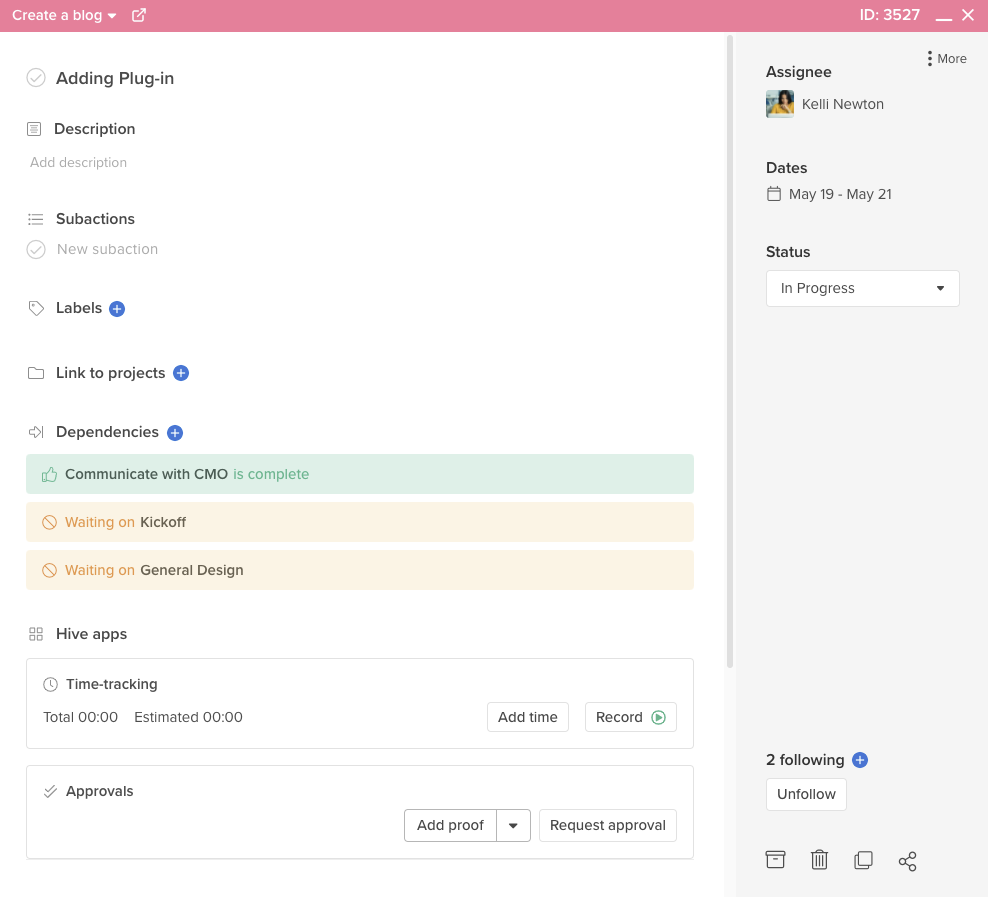 If you are waiting for someone to finish something, you will get a notification to let you know they are done and you're ready to get started. 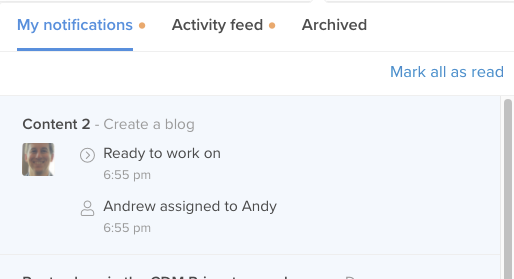 Deleting from the action card

Did this answer your question?